Welcome to the news and journal section where snippets of my latest adventures can be found. In the sidebar you can find posts listed by Categories and Tags or use keywords in the search bar. There are all sorts of stories in here, from personal accounts of gigs to progress on projects.

END_OF_DOCUMENT_TOKEN_TO_BE_REPLACED 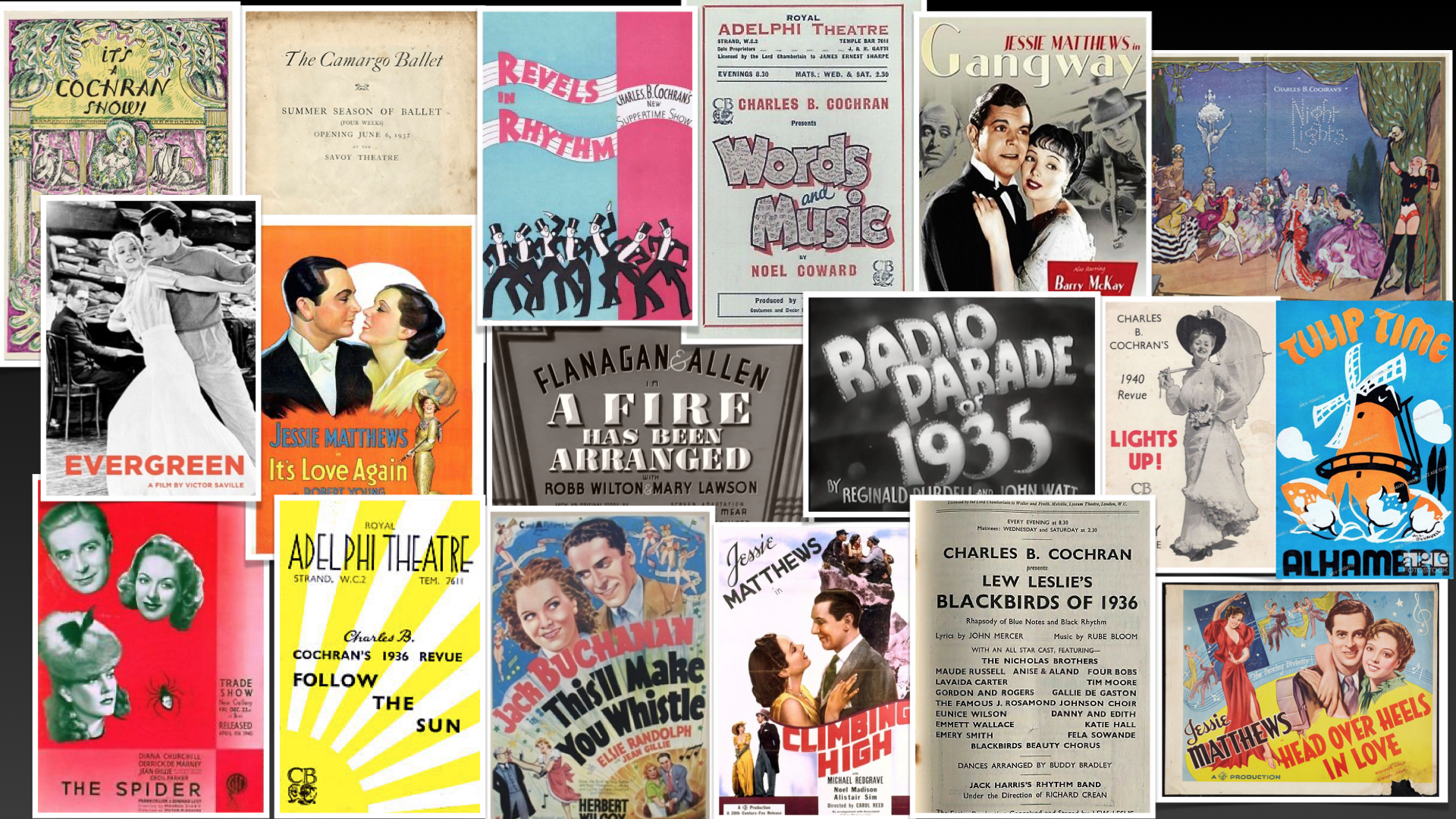 In the late 1920s and early 1930s, Buddy Bradley was coaching many stars of Broadway musicals, including Fred and Adele Astaire, Ruby Keeler, and Eleanor Powell. However despite being well known (and well paid) within show business he never received credit for choreographing a show with a white cast in America. In 1930 Buddy was invited to London to choreograph for Jessie Matthews’s show, Ever Green at the Aldephi Theatre for which he received his first choreographic credit. It was a great success for both Jessie and Buddy and in 1934 it was made into the first British musical film, Evergreen, launching him into the emerging English film industry. Buddy staged over thirty musical productions during the 1930s and choreographed a number of British musical films during his thirty-eight years in Britain.

BUDDY BRADLEY (1908 – 1972) – the first black choreographer of British musical film
🎭 Bradley was Henry LeTang’s tap dance teacher
🎭 Bradley was inspired by the “stage dancing” of Eddie Rector and class act style of Jack Wiggins
👯‍♀️ Bradley’s dance school had over 500 students and he influenced a generations of British dancers between the 1930s and 1960s
👯‍♀️ Bradley is mentioned as a consultant for the Imperial Society of Teacher’s of Dancing (ISTD) Modern Theatre Dance Branch syllabus for which tap dance is a part of.
END_OF_DOCUMENT_TOKEN_TO_BE_REPLACED 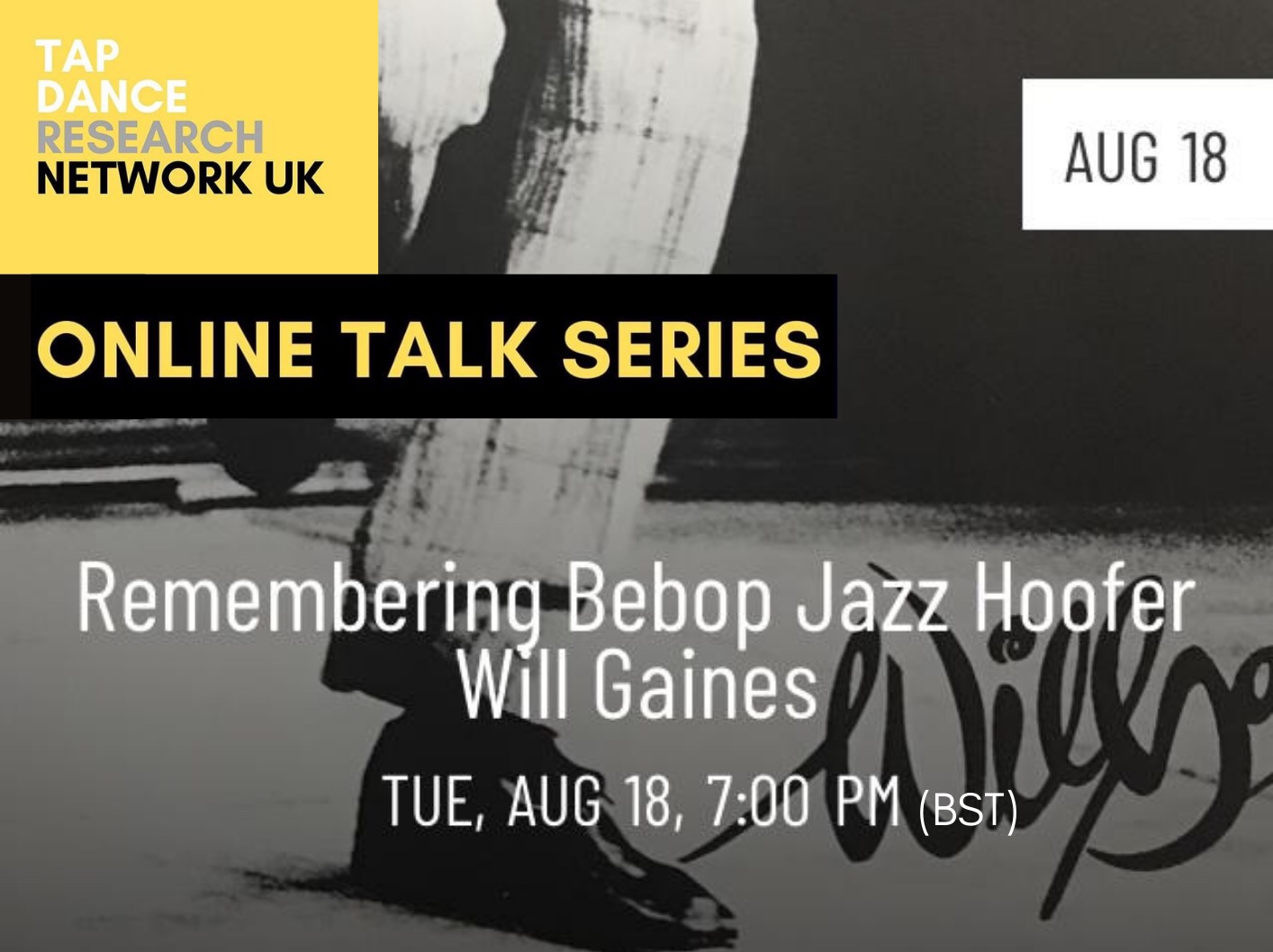 Last night I shared my presentation about Will Gaines for the first time and hosted my first Zoom panel discussion joined by guests, Andrew Nemr and Ademola Junior Laniyan, to share memories and stories about the jazz hoofer.

It’s strange presenting to your computer screen but I had a great time on the Zoom talk and wish to thank everyone who attended and for the wonderful contributions.

Keep an eye out for more! 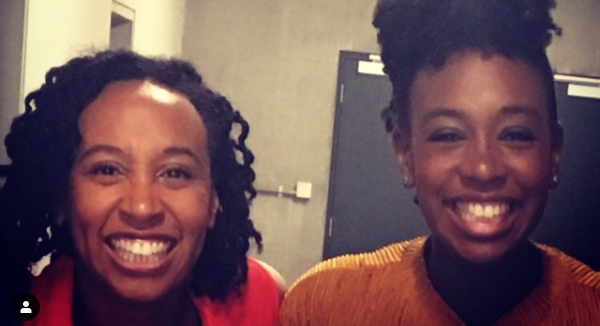 Did you catch me in BBC’s YolanDa’s Band Jam #39 (series 2, episode 19) first aired on CBeebies 14 March 2020? Look out for repeats on BBC iPlayer. (UK)
END_OF_DOCUMENT_TOKEN_TO_BE_REPLACED 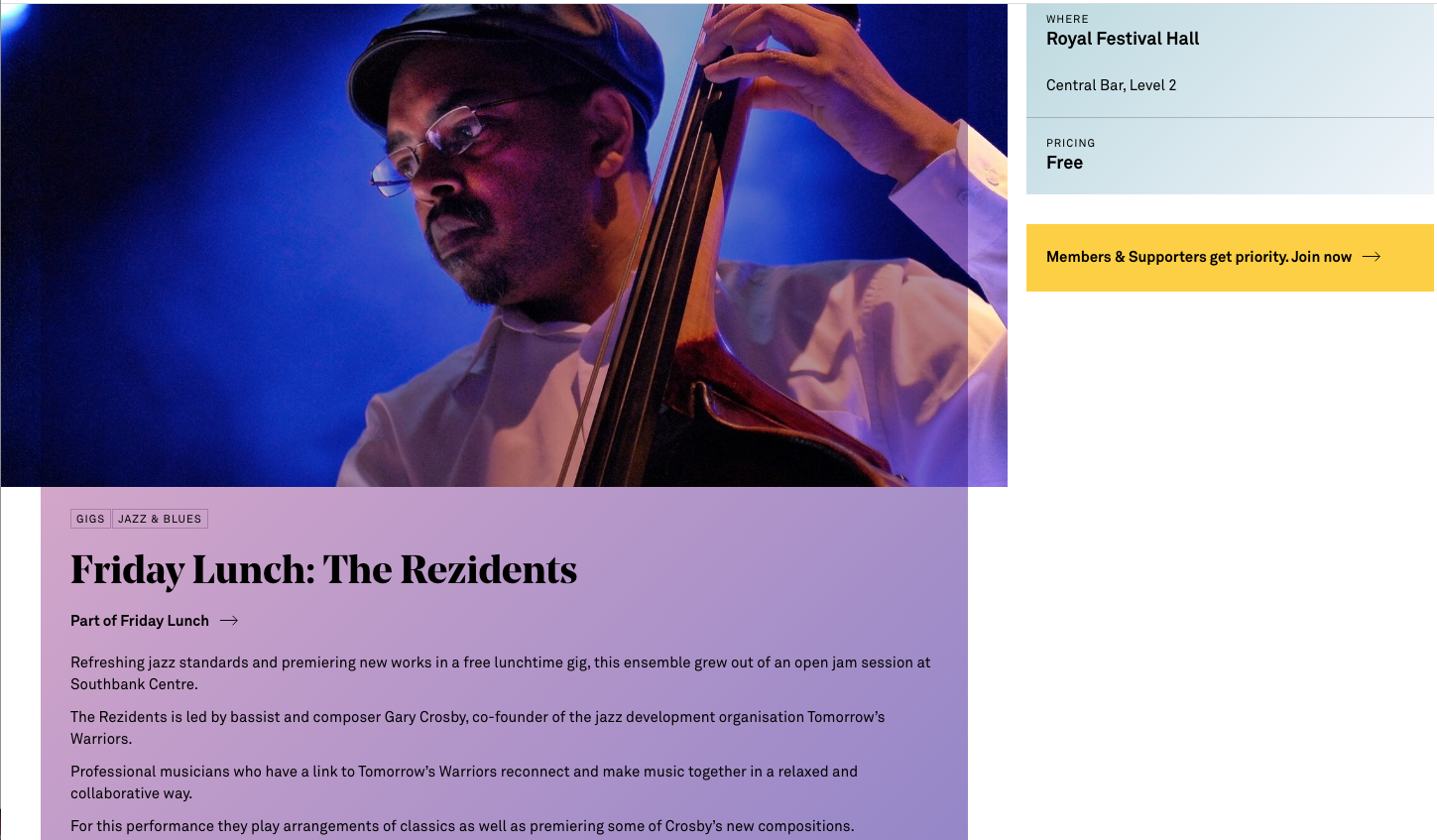 I’ve been going to a regular Tomorrow’s Warriors jam session run by artistic director Gary Crosby OBE, since we met in 2017 (on the panel of An Evening of Jazz – Dance and Music). The jam is for those of us that are “too old” to be “youth” musicians of the main organisation so we often joke that perhaps we should be called Yesterday’s Warriors!
END_OF_DOCUMENT_TOKEN_TO_BE_REPLACED 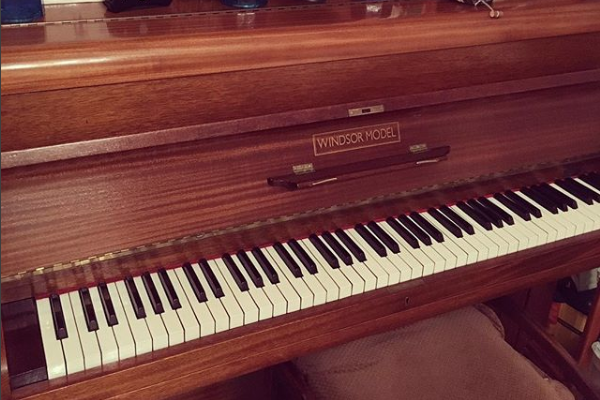 New for 2020: one-to-one piano coaching with Annette in SE London.

Perhaps you had piano lessons as a child and want to return to playing?

Or you’re looking for a new hobby but are worried you might be too old to start learning a musical instrument from scratch?

News flash: You’re never too old to start learning the piano! Think of it this way, if you start at 50 and are still playing at 90 that’s 40 years of practice!
END_OF_DOCUMENT_TOKEN_TO_BE_REPLACED 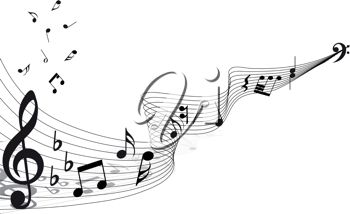 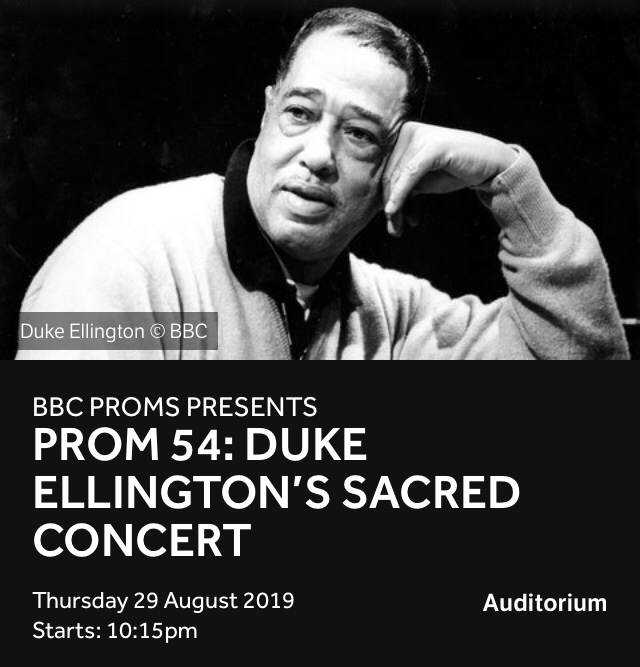 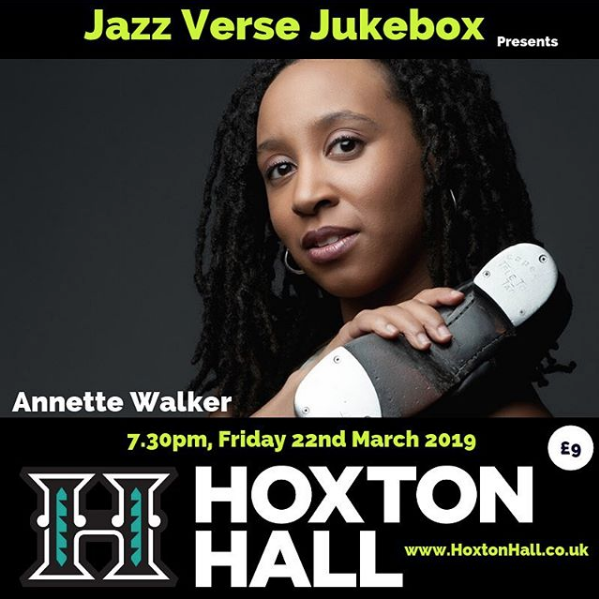 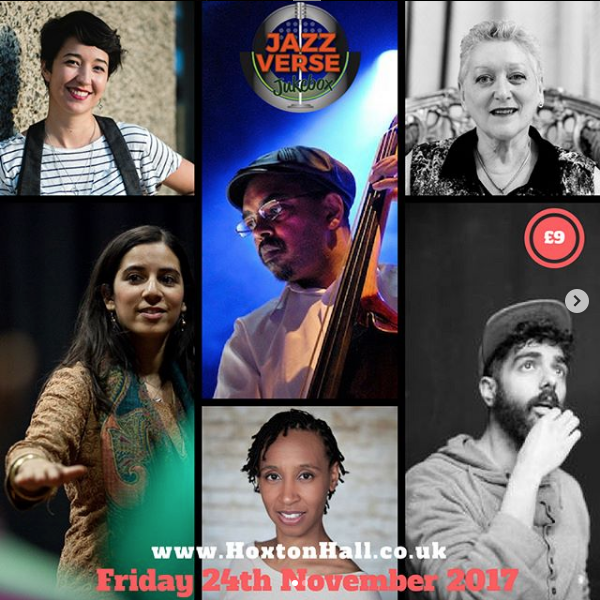 In February 2019 I was invited as a guest artist to Jumoké Fashola’s Jazz Verse Jukebox at Hoxton Hall (London, UK) and was thrilled to close a fabulous evening of poetry and jazz.
END_OF_DOCUMENT_TOKEN_TO_BE_REPLACED

Swinging at the Cotton Club

‘Swinging at The Cotton Club’ is the action-packed show celebrating the music, dance, and songs of the Cotton Club – New York City’s legendary nightclub of the 1920s and ‘30s.

I joined the cast as a guest solo tap dancer back in 2016 and have performed in a number of shows up and down the UK including London’s Cadogan Hall in 2017 and 2019. I’m not in every show but keep an eye out on my social media for announcements of tour dates I’ll be joining.

END_OF_DOCUMENT_TOKEN_TO_BE_REPLACED

Tickets £10 on the door, £8 in advance through our partner DesignMyNight. Participating dancers and musicians pay £6 on the door. Doors open 7pm and the jam starts at 8pm. Tap dancers can join in the free Renegade Stage class at 7:15pm for an introduction to improvisation.

Hoofers, other dancers, musicians, singers and poets drop in to jam from all over the world.

The London Tap Jam takes place every other month, on the last Sunday, in Hoxton (London UK) at

Since the London Tap Jam began in 2006 I’ve been leading the Renegade Stage, a pre-jam workshop for tap dancers who might be new and/or nervous about taking part.
END_OF_DOCUMENT_TOKEN_TO_BE_REPLACED