Who is Annette? This is my story

I have worked on a freelance basis for a number of years and some people are curious to know how I have managed to be involved in such a wide variety of activities. So far I have only met one person who has been able to describe my creative-technical talents in this one sentence: “Patterns, you see and think in patterns.”

A walk down memory lane… 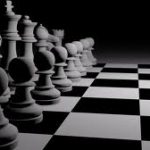 The early years
From a young age I applied myself as much to my hobbies as I did to my academic studies. At school I enjoyed extra-curricular activities from dancing, learning the piano, singing and playing violin in an orchestra to the school debating society, science and maths club. I was a founding member of my school chess club when I was ten.

University years
I continued studying dance and music throughout my school years but was encouraged to follow an academic path so chose Maths, English and Physics at A-level. I only stopped dance and music training when I left home in the last two years of university but I stayed active with martial arts and became involved with music projects. Although I was not a music student I spent a lot of time in the music department and played in a band for some of their practical assignments. I graduated from university with a BSc (Hons) in Photographic and Electronic Imaging Sciences. 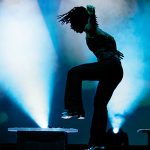 My “techie” degree (along with part-time web training while I was at uni) helped me get started as a web developer. But I filled my evenings and weekends with dance and music activities. I soon felt the need to have more control over my daytime schedule so after some savvy negotiating I arranged to work part-time at my office job and used the extra free time for dance training. This enabled me to raise funds for workshops, classes, teacher training and travelling abroad for tap festivals and intensives.

During this time I also co-founded a dance company with a contemporary dancer and worked in community and professional performing arts companies. I timed the leaving of my permanent, part-time, web developer job with the opening of a new physical theatre production that I had been working with during my evenings and weekends for 6 months. Since then I have been freelance in both web coding and the performing arts. 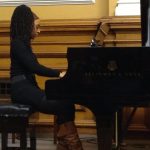 To maintain my skills I alternate my work on a project by project basis.
As part of my artistic professional development I returned to playing the piano to train in blues, jazz and pop in order to support my tap dance. This then led to me developing as a musician and arranger alongside my tap dancing. I was encouraged to try different instruments and often played drums as well as piano, vocals and tap dancing.

In 2012 I completed a Diploma in Jazz and Popular Music Studies at Goldsmiths College. Since then I’ve also been encouraged to return to playing the violin which I had originally studied for six years until I was fifteen. I’m now part of an amateur string ensemble and recently joined Goldsmiths [big] String Orchestra. With my piano I occasionally “dep” for the community band, WTW Big Band. I have also performed at the Royal Festival Hall in the Mirth Control band of WOW Orchestra. 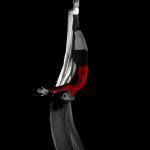 Over the years the main challenge has been in deciding which skills to maintain and which to let go and I have come to appreciate that I have been very fortunate to have the gift of learning and excelling in new skills quickly. But it’s the additional combination of motivation, dedication and self-discipline that has led to my portfolio of talents which include tap dance, aerial circus arts, acting, physical theatre, singing, piano, violin and percussion.

With every new project comes a new challenge and this is one of the reasons I love what I do. The greatest gift is having a passion for living.