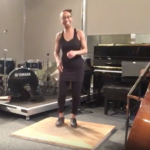 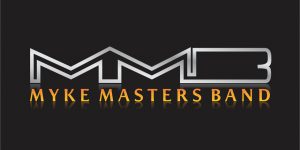 Annette joined the Myke Masters Band (MMB) on keyboard in September 2015. Her first event with MMB was a set of performances and band clinic lead by MMB bassist Myke Masters Lewis. It was held 1.30-3.30pm on WEDNESDAY 4th November 2015 at the Hideaway Jazz Club in southwest London. This was her debut performance playing jazz fusion using two keyboards, including a synthesizer. 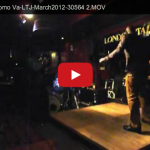 Annette occasionally swaps her tap shoes for the piano at the regular London Tap Jam. The regular band is the Michele Drees Trio. 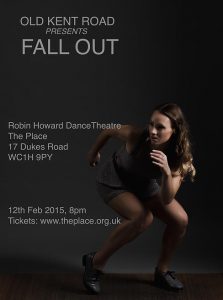 Annette joins the new tap dance company, Old Kent Road, as pianist for their debut performance of Fall Out at The Place’s annual festival Resolution! on Thursday 12th February 2015. Watch the promo video.

See the sound. Feel the Movement. Uncover the conversations between music and emotion through choreography and improvisation. In the space of a few years Avalon Rathgeb has quickly become one of the UK’s leading forces in Tap dance. Creating her company in September 2014, Resolution! 2015 is Old Kent Road’s first performance and are introducing to you Fall Out, With an exciting mix of different musical influences, this company’s unique collaboration combining tap dance, live music and contemporary dance creates the identity to these exceptional performers. (Fall Out, Old Kent Road) 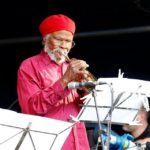 The dep keys player since October 2014 and have played for several gigs including the Edmonton Summer Festival in 2015. 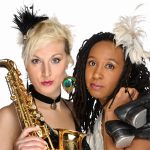 A sassy duo who combine piano, tap dance, saxophone, vocals, aerial acrobatics, and comedy for the cabaret act known as The Tipton Project who have performed at a number of events including The Chicken Cabaret, Monkey Cabaret, Clappy Hour at Dance Attic, The Political Cabaret, Greenwich Dance Family Cabaret and Shambala Festival. For 2015, The Tipton Project were the resident comperes for the Greentop Circus Cabaret in Sheffield. (Photo by Irven Lewis Photography) 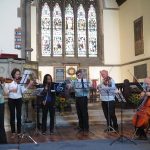 Violinist in a fun, friendly and casual string ensemble who regularly meet to practice and occasionally perform. Check out our website to see what it’s about (website note: since 2015 the rehearsals have been in SE London). 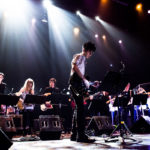 I signed up to play violin in this event in response to a call out for present and past student string players. It was my first time playing in the main venue of the Royal Festival Hall and it was the UK premiere of Nick Zinner: 41 Strings. 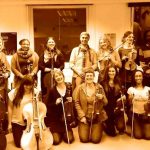 Goldsmiths Big String Orchestra grooves and swings like a big band and has the soul and feel of a gospel choir. They have a special focus on feel and articulation. All the music is learnt by ear and performed from memory. (Southbank Centre) 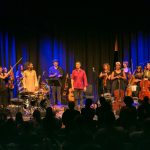 …no other outcome than a standing ovation (Culture Capital) 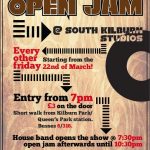 From March to May 2013 Annette was the pianist and music director in the houseband for Jazz Alive Open Jam Session in 2013 at South Kilburn Studios in northwest London.