Finally, I’ve found the details that confirm what I’d suspected that, like many other British film and television stars of the mid-twentieth century, Bruce Forsyth had trained at the Buddy Bradley School of Dance in London. Other stars who were coached by Buddy include Jessie Matthews, Jack Buchanan, John Mills and Audrey Hepburn. Many ballet dancers were also coached by him, including Dame Alicia Markova, but I’ll come back to that another time.

Since I’d first come across a brief mention about Bruce Forsyth having been seen at the Buddy Bradley Dance School, I’d been keeping an eye out for further information on whether or not he had just been visiting the school, or whether he’d attended classes there. 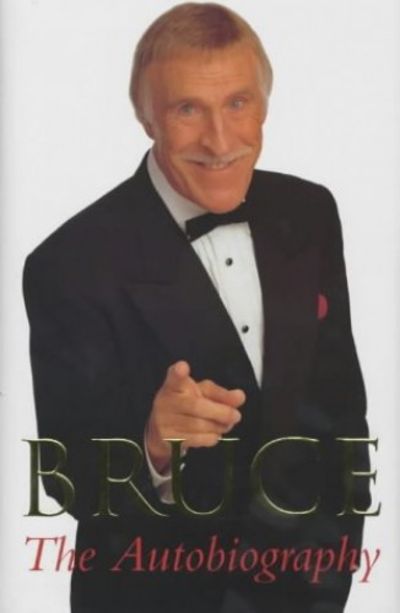 I found the reference I’d been searching for right in Bruce’s book, Bruce: the autobiography (2001), as part of literature search through biographies on well-known stars who have been mentioned in connection with the choreographer. As with many other references to Bradley, there’s not a huge amount of detail written about him or his work. But I got really excited when finding the details in Forsyth’s autobiography since it includes information about his first few tap lessons at Buddy’s school and a little about Buddy’s teaching method.1

My (tiny) connection to Bruce
and what had me thinking he might have had a connection to Buddy
In 2005, I was invited to be a tap dancer in Diane Hampstead’s London Jazz Tap Orchestra2 for Turned On Tap at the Queen Elizabeth Hall, Southbank Centre. (Diane Hampstead is, what she calls, a second-generation Buddy Bradley student.3) I’ll never forgot the night when Mr Forsyth attended the show. During the finale, he leaped up out of his seat, climbed up onto the stage (there were no steps so he hauled himself onto the stage floor, which was around head height from the audience level), then ran over and grabbed the mic from the compère, Earl Orkin. Bruce could hardly contain his excitement at having just watched an entire concert of “American rhythm tap dancing” on a British stage and he expressed his joy by sharing memories of his tap dancing past. We never got to finish our finale but this interruption had been far more exciting!

Who is Buddy Bradley?
Whilst many of the performers who were coached by Buddy were well known by the public in his time, he was best known within the entertainment industry was in high demand as a choreographer for many years. My PhD research is about finding and sharing his work (hence the excitement on finding written details about his teaching in Forsyth’s book). There are a handful of short biographies written about Buddy including on the Library of Congress Performing Arts Database.

Finding out the small details about how Bradley introduced students to tap dance by having them walk around the space without wearing tap shoes (Forsyth, 2001) or sitting and listening to jazz music (source unknown) is very inspiring and reassuring for my own rhythm tap and jazz teaching method.

Along with entertainers such as Roy Castle and Lionel Blair, Forsyth is part of the generation of British tap dancers who were directly influenced by Buddy Bradley’s jazz tap and dance method. His style was different to the British tap dance syllabi that had been setup as part of the training of dancers and teachers for the theatre stage. A couple of generations later, even though Bradley is no longer with us, there are probably dance teachers scattered across the UK (and Europe) who were students of Bradley and who may remember his material. When tap dance declined in theatre and variety, Bradley focused on coaching jazz dance.

References
Bowden, G. They met at the Windmill in The Call Boy (The official journal of the British Music Hall Society) Summer 2012, Vol. 49 No. 2

Footnotes
1. I’d first heard about the Buddy Bradley Method from Andrew Nemr, a second-generation Bradley student based in the USA (see 3. below)

2. The London Jazz Tap Orchestra were put together and choreographed by Diane Hampstead for Turned On Tap and only did two performances at the Queen Elizabeth Hall, Southbank Centre in London (UK). There were approximately twelve tap dancers in the company (company member details to follow) who performed two numbers under the title Brubeck Variations. Both numbers were “a capella” i.e tap dance with no accompanying music. The first number was a tap dance arrangement of Take Five and the second one was of Unsquare Dance

3. I’d first heard the term second-generation Bradley student used by Diane Hampstead, to describe tap dancers, including herself, whose teacher had been directly trained (i.e. first-generation) by Buddy Bradley 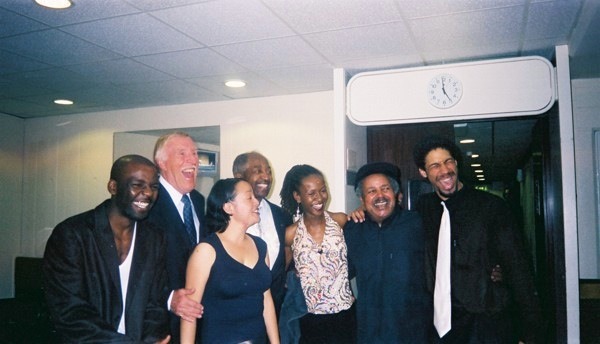