In the late 1920s and early 1930s, Buddy Bradley was coaching many stars of Broadway musicals, including Fred and Adele Astaire, Ruby Keeler, and Eleanor Powell. However despite being well known (and well paid) within show business he never received credit for choreographing a show with a white cast in America. In 1930 Buddy was invited to London to choreograph for Jessie Matthews’s show, Ever Green at the Aldephi Theatre for which he received his first choreographic credit. It was a great success for both Jessie and Buddy and in 1934 it was made into his first British musical film, Evergreen, launching him into the emerging English film industry. Buddy staged over thirty musical productions during the 1930s and choreographed a number of British musical films during his thirty-eight years in Britain.

BUDDY BRADLEY (1908 – 1972) – an early black choreographer of British musical film
• Bradley was Henry LeTang’s tap dance teacher
• Bradley was inspired by the “stage dancing” of Eddie Rector and class act style of Jack Wiggins
• Bradley’s dance school in the West End had over 500 students and he influenced a generation of British performers between the 1930s and 1960s including actors John Mills and Audrey Hepburn, and entertainers Bruce Forsyth and Roy Castle
• Bradley is very briefly mentioned as a consultant for the Imperial Society of Teacher’s of Dancing (ISTD) Modern Theatre Dance Branch syllabus 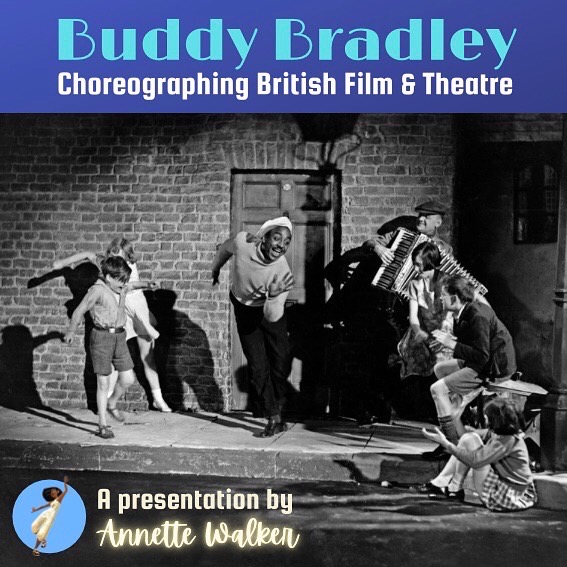 Introducing my research on African-American Buddy Bradley to students and guests at the Guildford School of Acting using snippets of his choreographic work in 1930s British film including jazz, tap dance, ballet, modern, social ballroom, modern and musical theatre. The discussion with panel guests delves into what we can learn about his dance work whilst navigating the racial stereotypes within historical context and the invisibilisation of the Africanist perspective in the development of twentieth century, Western European dance.

Introducing my research on African-American Buddy Bradley with snippets of his choreographic work in 1930s British film including jazz, tap dance, ballet, modern, social ballroom, modern and musical theatre. With reference to navigating racial stereotypes, analysing historical context and the invisibilisation of the Africanist perspective in the development of twentieth century, Western European dance. 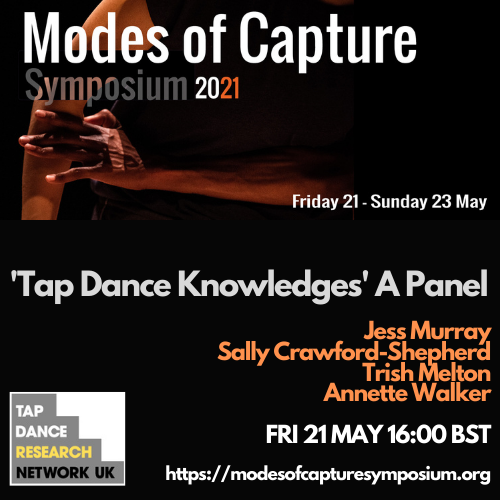 This year’s symposium explores the theme of decolonising structures, thinking and embodiment within current modes of dancemaking and documentation. 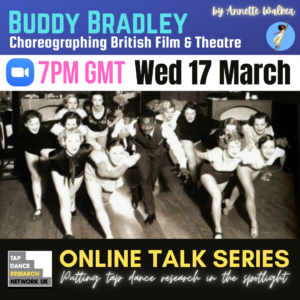 There is little reference of Buddy’s creative work but Annette Walker has sourced clips of his choreography from several British musical films, including an uncredited, rare glimpse of Buddy himself. There’ll be a presentation about Buddy’s life and work in America and Britain and a closer look at his style through film footage as well as a discussion about his wider influence on dance.